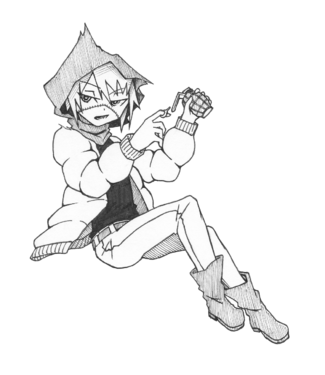 Dolls who use explosives.
A lone wolf who endures isolation.
A mad rebel.
Rebellious demonic explosives.
Their forte is their independent nature.
Fighting for themselves, they're stronger alone.
Lonely girls who don't pay attention to their surroundings, they become demon kings on the battlefield.

With the will to endure loneliness, your combat ability is unrivaled.


Trying to keep your distance from your sisters, you still end up being dragged into their problems.


As such, you use your loneliness and madness to their max.


If a pawn is out of position, you press in on the enemy, dropping them into a sea of destruction.


But due to your loneliness, your ability to communicate with your sisters is impaired.


Only when your sisters can understand you will the lone wolf unleash her full power.

Retrieved from "https://nechronica.miraheze.org/w/index.php?title=Lone_Wolf&oldid=744"
Cookies help us deliver our services. By using our services, you agree to our use of cookies.